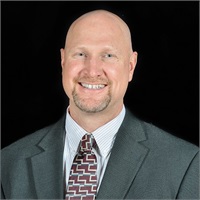 Garth married his high school sweetheart, Karen. They earned bachelor's and master's degrees at Penn State before arriving in Idaho Falls in 1992. They had a miracle son, then one-by-one adopted two daughters and two sons. Garth built a school where Karen customized the education of each child.

Over the course of twenty years as a consulting engineer, Garth listened to his clients, defined their challenges, and rallied a team of experts to exceed their expectations. Every serious family, every business owner wants a coordinated team of pros working to engineer control over their economies.

Two major events in one year calibrated Garth’s view of "care planning," losing a brother and leaving the corporate world:

A surgeon and family man, Garth's brother heard those dreaded words from a fellow physician, "terminal cancer." Yet his planning well before that diagnosis let him focus on making memories with those he cared for, rather than fretting financial ruin.

When Garth exited two decades of generous employer benefits, he learned that planning for those he cared for would cost more than if he had taken more control earlier in life. Do you know why?

Changes in life, when they come, are easier on those we love if we cared enough to plan first. That's "care planning."

At Global View Capital, we keep things simple. We believe that being a good advisor means building a long-lasting relationship with you – the client.  We want to be there with you through life’s journey as you make the financial decisions that help you achieve your dreams and goals. We conduct a thorough review of your current financial situation and make practical recommendations for your insurance and investment needs. But, before we say anything, we listen carefully to wha... Learn More

Steven Sorensen is an Executive Director with Global View Capital Advisors. Steve has over 20 years of experience in the financial services industry helping people from all walks of life with their investments and insurance. Steve and...

Steven is an Associate Director with Global View Capital Advisors and enjoys enriching the livesof his clients. Steve holds Bachelors and Masters Degrees from Utah State University and spentover 20 years working with patients and...