The Problem and The Solution

You'll see the market peak in the year 2000 and many investors felt the market couldn’t fail.  It was a "NEW DAY" and technology was taking us to new heights.  Looking back in time from the peak in 2000, most investments had incredible performance for five, ten, fifteen and twenty years.

It was a time I’ll never forget.

I remember a representative from a technology mutual fund sitting in my office showing me the 1999 performance of their mutual fund that was close to 250% for that single year.  Seeing the chart and how it was going almost straight up, I told him there was no way it could sustain such high performance.  Well, he laughed and said, “Steve, there is never a bad time to put money with a good money manager and we have the best. See!”  Well, the fund certainly didn’t perform as well as they had hoped it would from March of 2000 to the end of 2002.

Here's a little lesson on math: when your investments go down 50% you have to gain 100% just to break-even and that takes precious TIME.

With markets at new highs today, what’s next?  History gives us a really good indication of how markets have performed.  And although there are periods of great rise, there are also periods of significant loss.

Being a BUY & HOLD investor during markets like this could be very risky.

Contrary to Buy & Hold Asset Allocation, with Tactical Asset Management the portfolio holdings are adjusted continuously in response to both market & economic conditions. Investors expect to make money in up markets and minimize losses in severe market declines.

Call us and we'll send you information about some of the Tactical Strategies we work with. 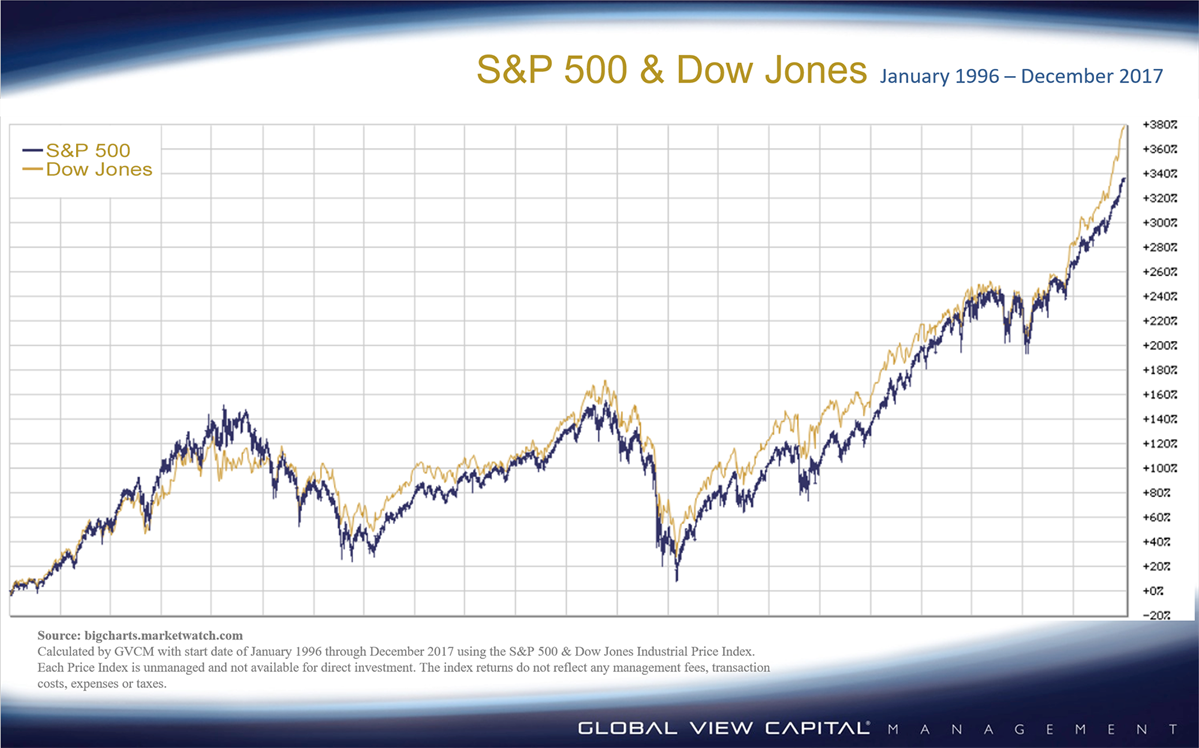 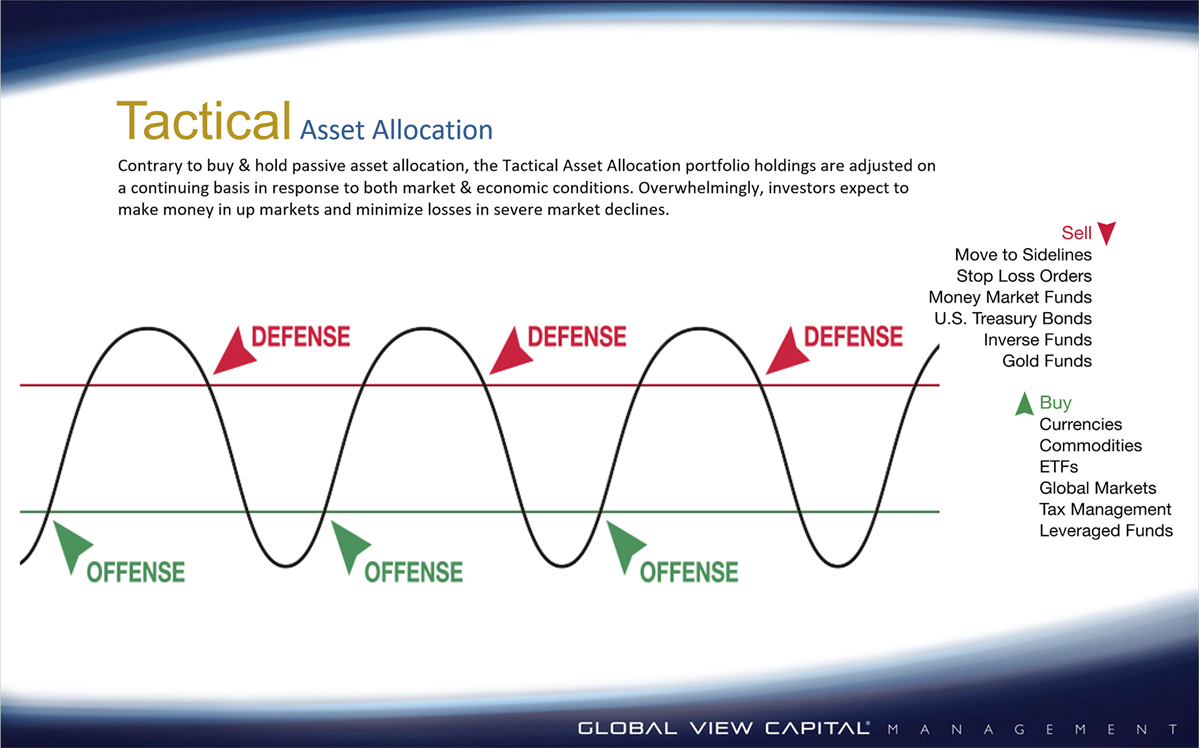 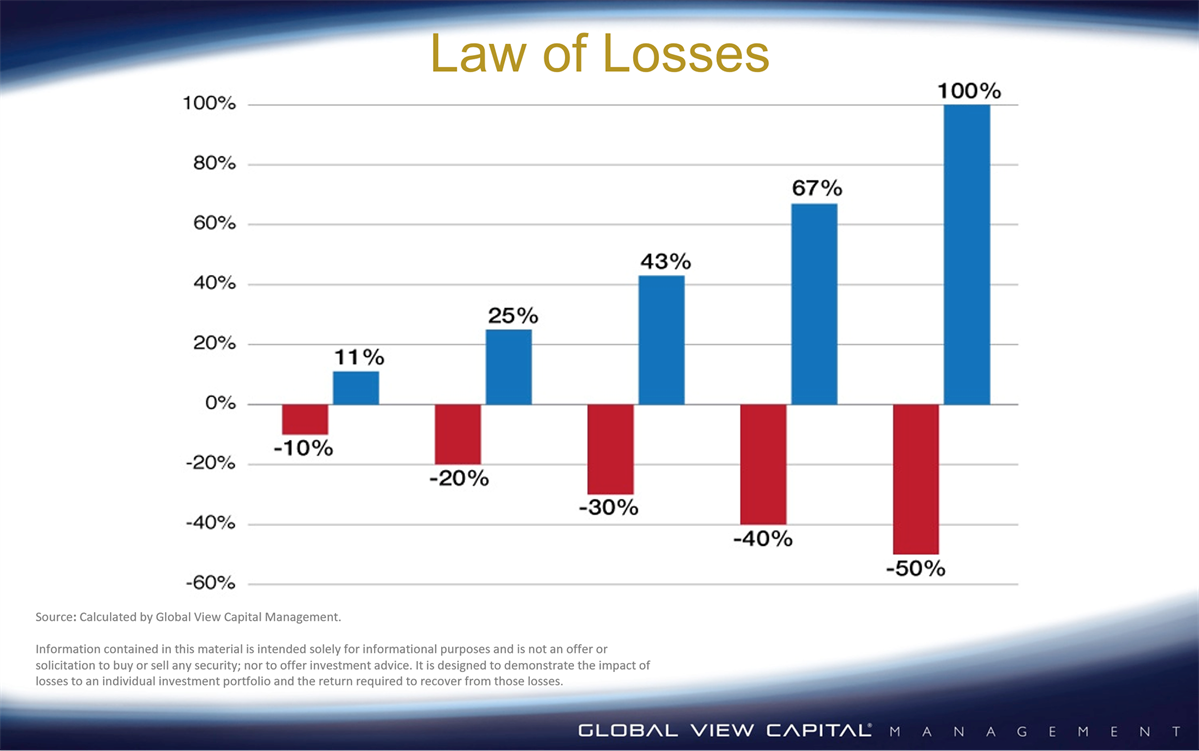 Lets Get In Touch!

At Global View Capital, we keep things simple. We believe that being a good advisor means building a long-lasting relationship with you – the client.  We want to be there with you through life’s journey as you make the financial decisions that help you achieve your dreams and goals. We conduct a thorough review of your current financial situation and make practical recommendations for your insurance and investment needs. But, before we say anything, we listen carefully to wha... Learn More

Steven Sorensen is an Executive Director with Global View Capital Advisors. Steve has over 20 years of experience in the financial services industry helping people from all walks of life with their investments and insurance. Steve and...

Garth married his high school sweetheart, Karen. They earned bachelor's and master's degrees at Penn State before arriving in Idaho Falls in 1992. They had a miracle son, then one-by-one adopted two daughters and two sons. Garth built...

Steven is an Associate Director with Global View Capital Advisors and enjoys enriching the livesof his clients. Steve holds Bachelors and Masters Degrees from Utah State University and spentover 20 years working with patients and...